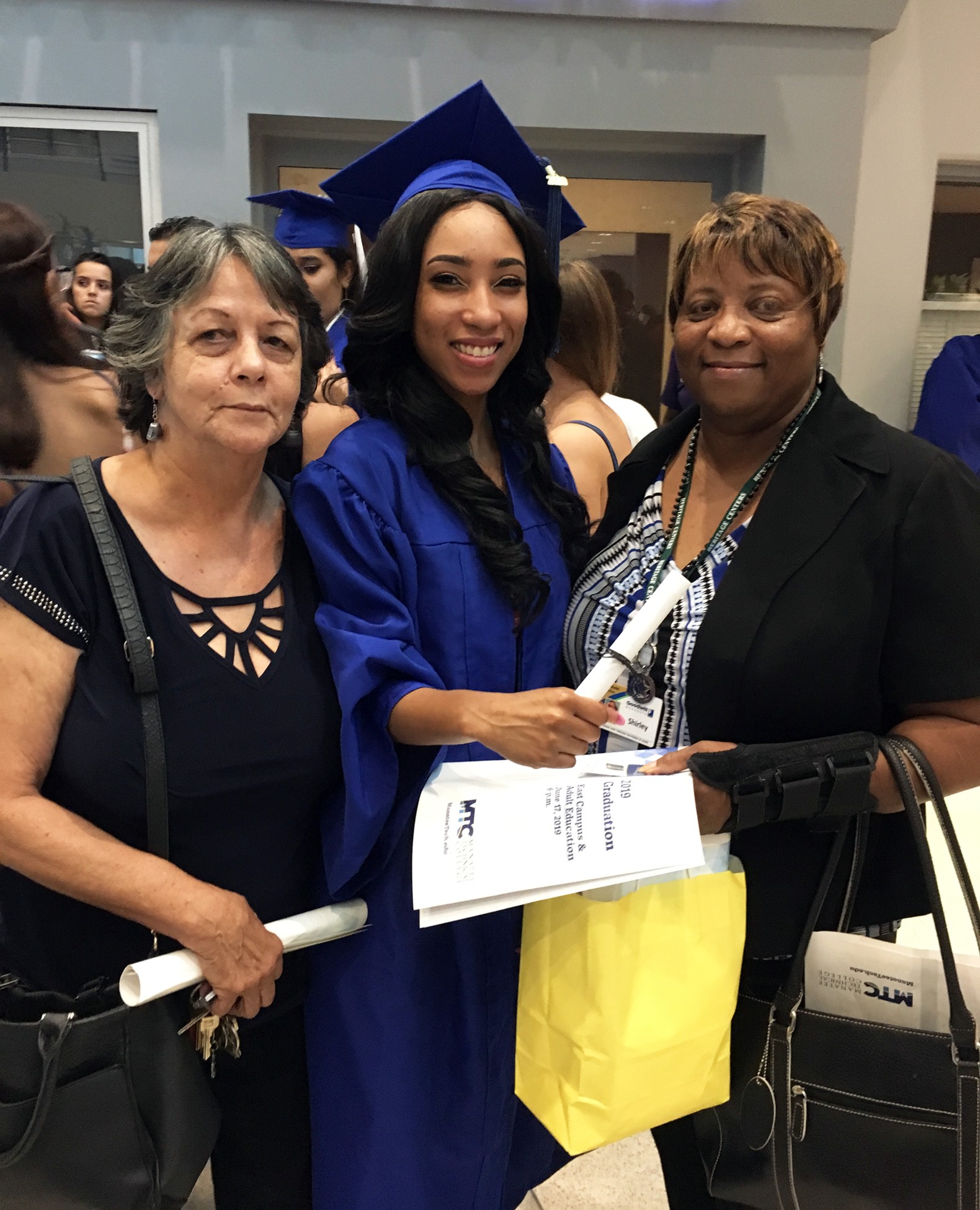 Thanks to a partnership of Goodwill Manasota and Manatee Technical College – along with financial and coaching support from Goodwill – Kashani Abnar, 22, was able to earn her GED and take the next step toward a better future. She began working at Goodwill’s Mecca location in April 2017. Like all employees at Goodwill, she began meeting with a GoodPartner Coach shortly after beginning her new job. The first goal Abnar identified was to earn her GED and, at that time, MTC was providing a GED class at her work location. Her leadership team was flexible, enabling her to work toward her diploma while both on and off the clock. Abnar will pursue her paralegal certification, beginning classes in January 2020. Her certification is being funded by Goodwill’s Rick and Coni Fawley Scholarship Fund.